According to legend, like a gift from the gods, the seven Tuscan islands were formed when Venus was born from the waters and the beaded diadem that adorned her forehead was broken. The pearls scattered on the surface of the sea and, by enchantment, became the islands of the Tuscan archipelago including Elba, the third of the largest Italian islands after Sicily and Sardinia. So here begins elsewhere. 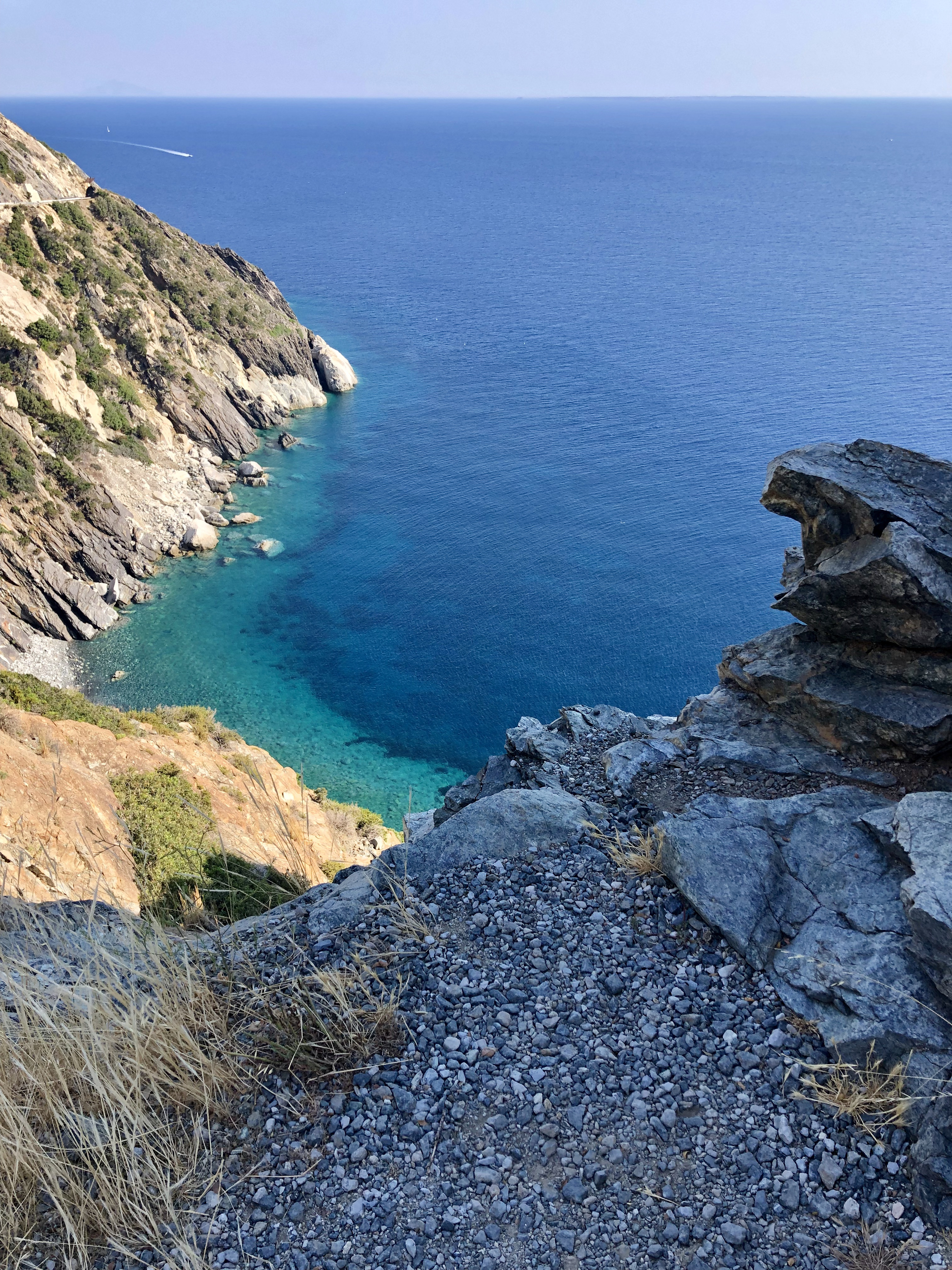 The journey has always inspired men and engraved in their minds a whole universe of buried treasures, wild nature, exuberant and mythical Robinson. Every move on the planet or beyond changes the course of life and satisfies the dreams of the most humble of researchers to the most famous of discoverers. Understanding a country is already traveling.

Some talented thought traits transform the original images of an almost imperfect planet, with a not very serious complicity. Just for fun: to share a passion. The mind remains in motion, only the memory is motionless. To travel the world for no other purpose than to want to live one’s life, in contact with the true nature if possible. Like when the wind and the waves go in the same direction. The magnificent instability of harmony. Sublime feeling.

In these uncertain times of upheaval of our environment, the desire for me to mix with authentic nature intensifies. At the edge of heavily urbanized shores, the ocean is perceived as the last intact landscape where I can let my soul wander. Even if the sea is useful to man, our interest in it should not be based solely on the material benefits that we could derive from it. It is also important to preserve its charm and its enigmas. Every day, dramas and moving stories take place on the waves, serene or stormy. Near the coast and around the islands are still some plots of nature where beautiful adventures remain to live and fabulous mysteries to discover. And there are still new extraordinary stories to tell.

The island of Napoleon Bonaparte

Exiled ten months in the Palazzina dei Mulini in Portoferraio near Fort Stella, May 4, 1814 to 14.00 to February 26, 1815. From this natural balcony, a real garden on the sea, he could escape the sweltering heat and contemplate his native island, Corsica just opposite about fifty kilometers. The Villa di San Martino, the country residence of the former emperor, is not without interest either. Indeed, this island is not only known for its crystal clear waters, the beauty and colors of its landscapes or the richness of its minerals. Its history, closely linked to that of France, justifies a trip here with the visit of palaces and museums.. The reception of Napoleon by the population was quite warm. Indeed, in parallel with the restoration of the buildings, the deposed emperor brought great improvements of public nature. Among other things, he looked after wild dogs, public health, and the construction of new roads.

“The temperate climate of the island guarantees mild temperatures throughout the year, it is easy for me to alternate cultural visits, hiking and lazing on the beaches with some underwater immersions.” According to my desires. And I take advantage of it …

Riccardo, the head of “Diving In Elba” welcomes me to Portoferraio very warmly. His French is perfect, definitely better than my Italian! This helps the exchanges… Note that when I arrived, he offers me an aluminum bottle that I can fill with water to wish to limit the use of plastic bottles. A very good point from the start.

After a sweet and pleasant night in my particularly comfortable hotel on the Tyrrhenian Sea, an hour of calm sea sailing allows me to discover Pianosa, the flat island which is a former 19th century prison, 13km south of Elbe. Diving is very regulated. With prior authorization, centers can come there only sometimes in the week. This somewhat mysterious island is open to tourism only since 2013 and about fifteen people live there year round. Five buoys are installed because it is now a National Marine Park.

The grouper’s point (buoy # 3) is one of the most beautiful dives I know in the Mediterranean sea. There are many species of fish not shy, including castagnoles in bins tight wrinkles and other labrids with multicolored dress. But the peculiarity of this site is the incredible number of groupers with especially Moana, a good meter in length, who particularly seeks the caresses of divers. It is he who comes to us and without feeding I specify. Like what, the animal behavior remains to discover. The presence of corbs, dentis and amberjacks is also quite common during these almost sixty minutes of immersion. Many barracudas, from the smallest to the largest around us while we observe without difficulty a good ten eagle rays. However, they always remain at a sufficient distance to prevent me from making a cliché that satisfies me. All on a background of posidonia in perfect health.

A small snack based on focaccia (Italian culinary specialty) and watermelon is welcome during the one-hour surface interval.

Then Paola, Aline, Riccardo and I dive at buoy No. 5, on a beautiful cave near the islet of Scola, whose entrance is twelve meters. A large opening to the left brings a nice reassuring light for the beginners and the exit is done on the right towards twenty-five meters. Inside, yellow parazoanthus brings a little color when illuminated with our lamps. Here are also nesting sea cicadas of consistent size.

During the ascent, a hundred barracudas wait for us, rather faithful of the place it seems.

It is rare to see such a rich fauna in one day. In addition, the visibility is perfect and the current is light, just enough to provide nutrients and create animation. Everything is so calm and serene. As a bonus, some dolphins follow the boat.

In the distance, the sun begins its descent, the silhouette of Corsica begins to take shape. It appears in the distance, off the horizon, as Napoleon had to admire very often during his removal.

From the village of Marciana at 375 meters above sea level, a rather original funicular takes us in eighteen minutes to the summit of Mont Capanne culminating at 1019 meters. From here, one can marvel at a splendid 360 ° view of the whole island as well as the Tuscan archipelago, the Etruscan coast and Corsica in good weather. Down below, a rocky ledge overlooks the sea at the closest point of the island of beauty. It is “Napoleon’s Chair” easily visible by boat. Legend has it that the emperor comes to contemplate his island… 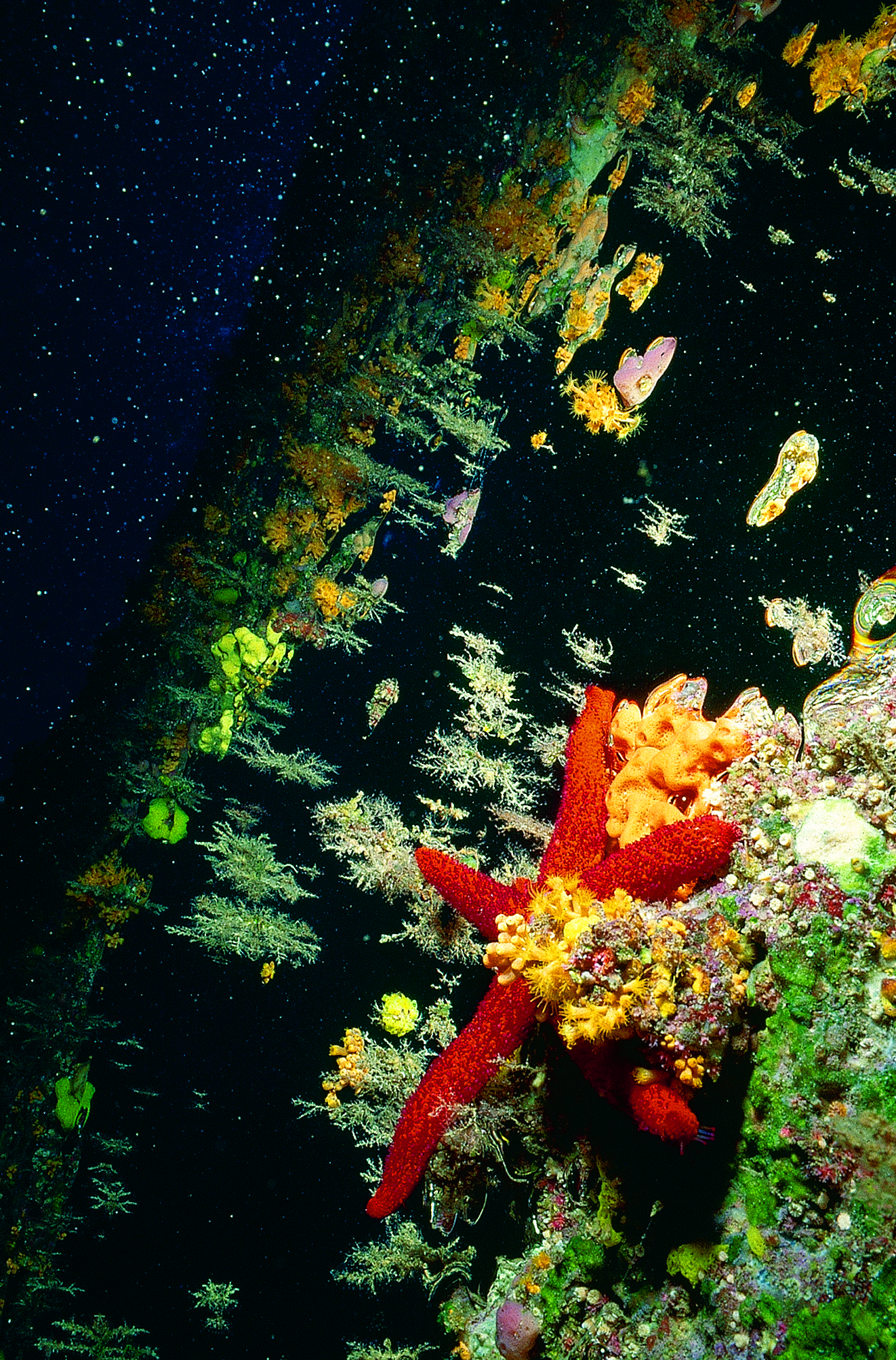 Not far away, the wreck of the Elviscott rests on its starboard between three and thirteen meters maximum to the sand. Its length is around thirty meters. It is therefore accessible at all certification levels. It is even possible to make some inside raids safely, to observe the interesting rays of light that sweep the walls. The story goes that this ship sailing from Naples to Marseilles had a fault but in fact, some financial problems of the company and a stroke of insurance would be the real cause of this shipwreck. I did not check…

All around, some nacres are hiding among the posidonia. 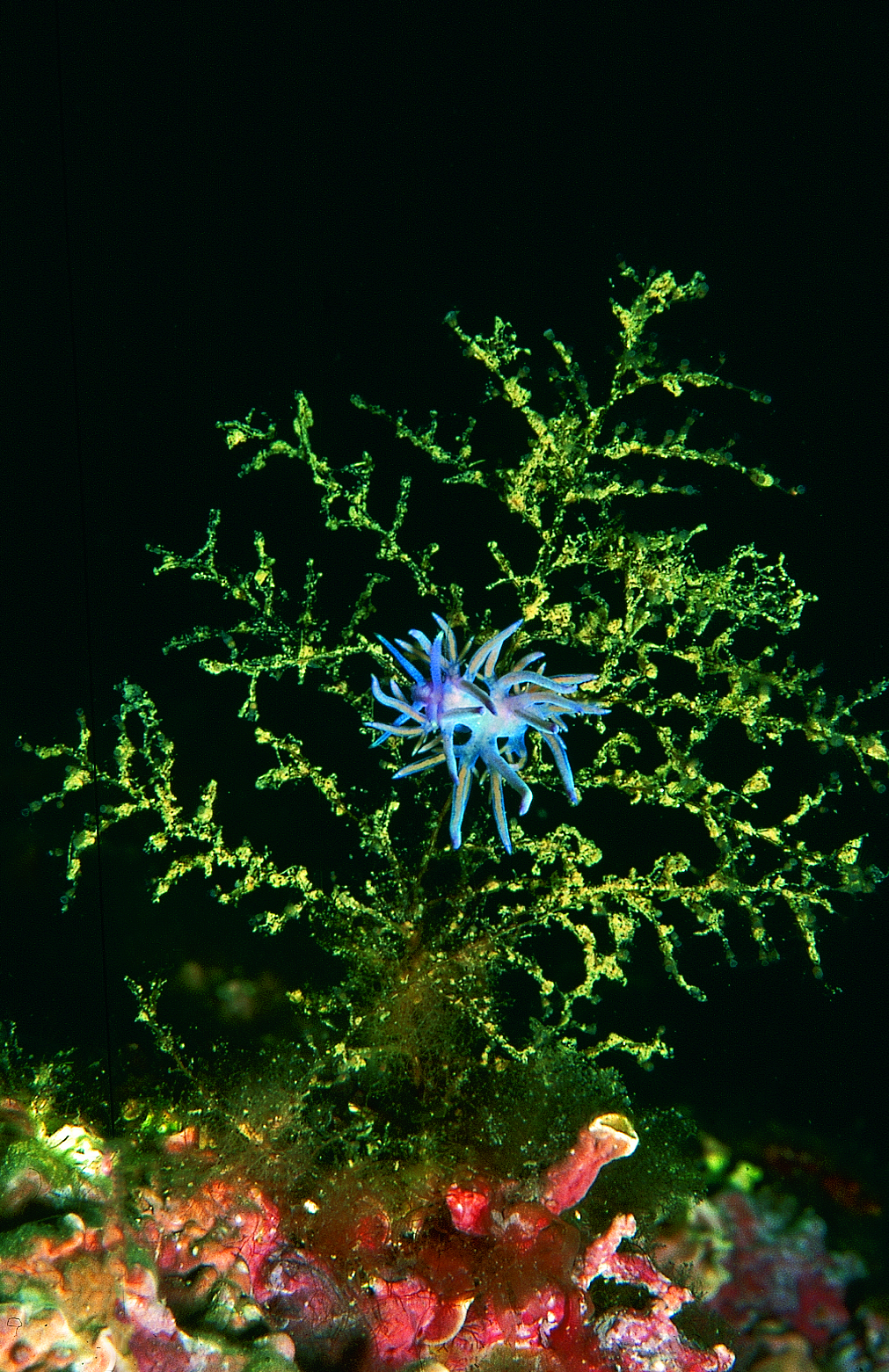 Just in front of Portoferraio, eight minutes of sailing to Scoglietto island, a deep dive takes us to forty-seven meters in the middle of red gorgonians where Paola shows me a dogfish egg nestled among the polyps.Life, emotion. On the way, during the ascent, we gather near a statue of Christ, quite stylized, installed in 1994 to thirty nine meters to celebrate the new school of NCOs naval air guarding finances. The sculpture is flat, openworked, not very photogenic but many encrusting sponges are particularly colorful. The visibility is superb and none of us feel the cold. It’s summer indeed. 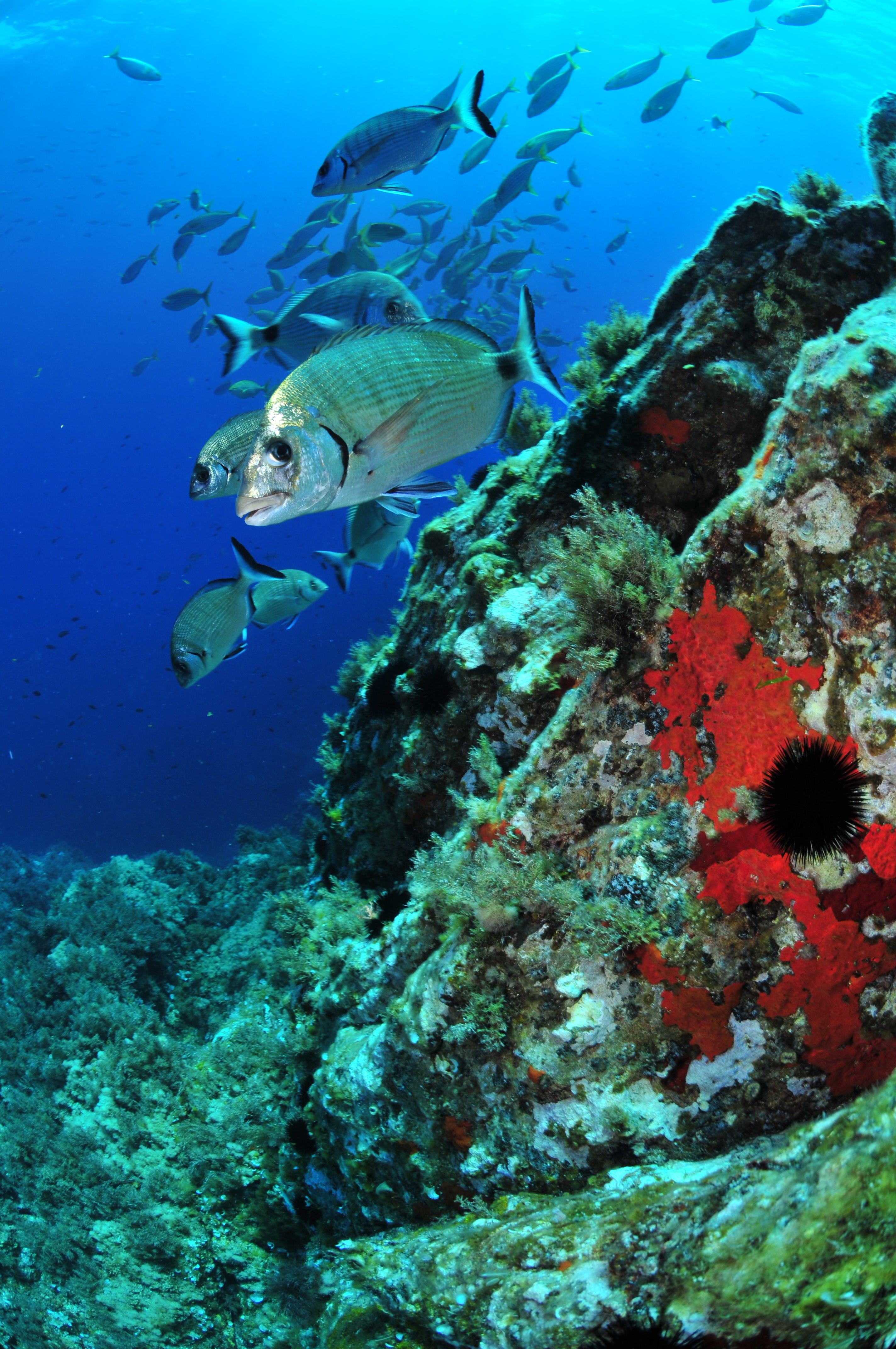 The second immersion is about an hour later, on the other side of the small island on the Grottoni site. Here, meeting with many groupers, barracudas in the blue, a beautiful banc de sars that pass closer to us. On the ground, among the crevices covered with posidonia, there are, among others, apogons, chestnuts, blennies, a Java moray eel, Neptune lace and a pretty porcelain. The Tyrrhenian Sea is offered to us totally, without restraint. Return marveled by the lagoon where it is possible to cross some cormorants, herons or flamingos. 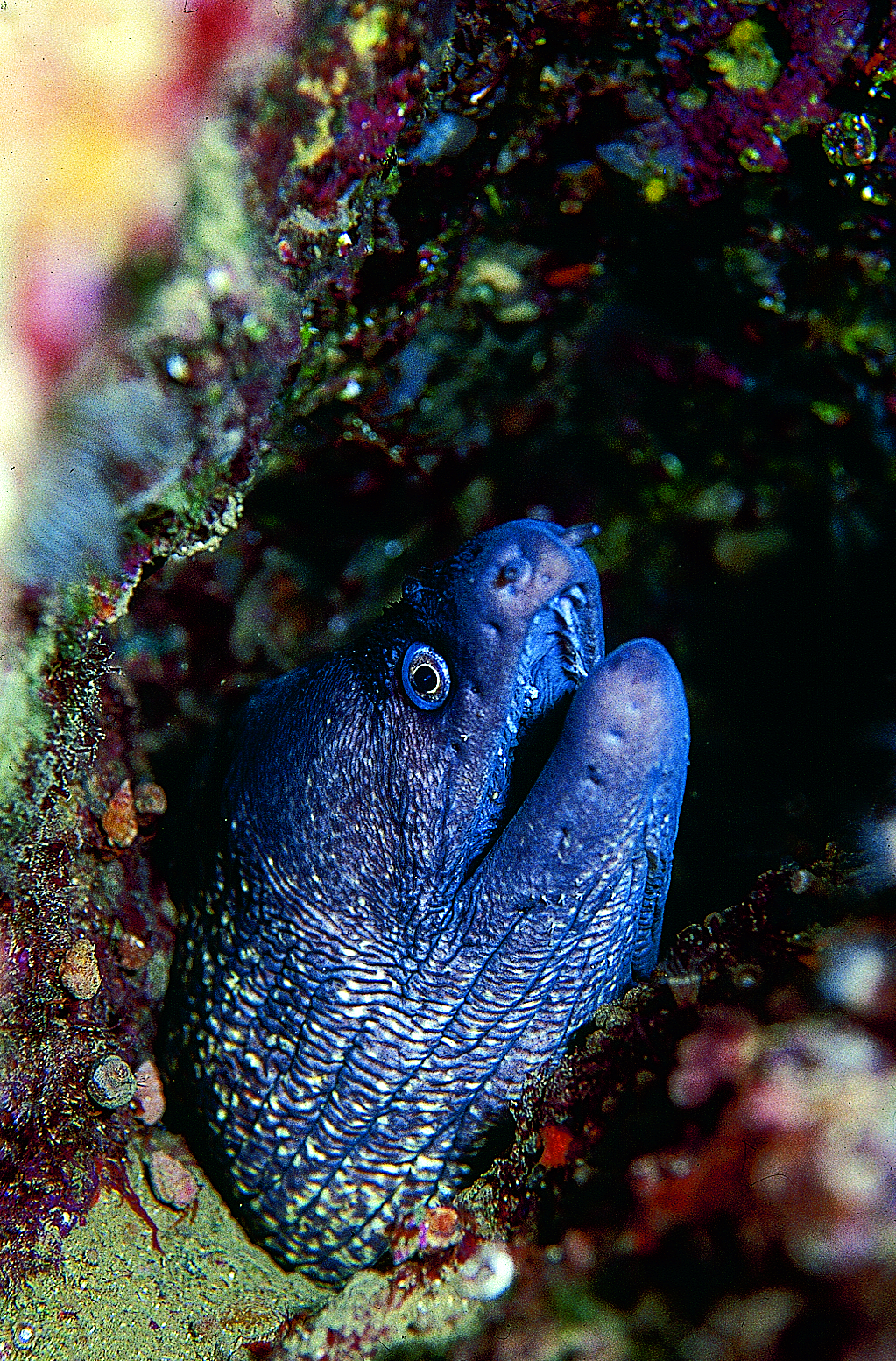 On this island of Elba, the island smoky and sparkling as the name of the ancients, the maquis embals the turquoise waters. The blue of the surrounding blue is punctuated with bright colors. I let my imagination fly away with the wind because it happens that the sunny reality is never far from my dreams. Long before me, Napoleon probably had time to think of others and the passing of time. Elbe is far and near

Calmed, I run away like a child, in my dreams buried like in a book of beautiful stories to tell. 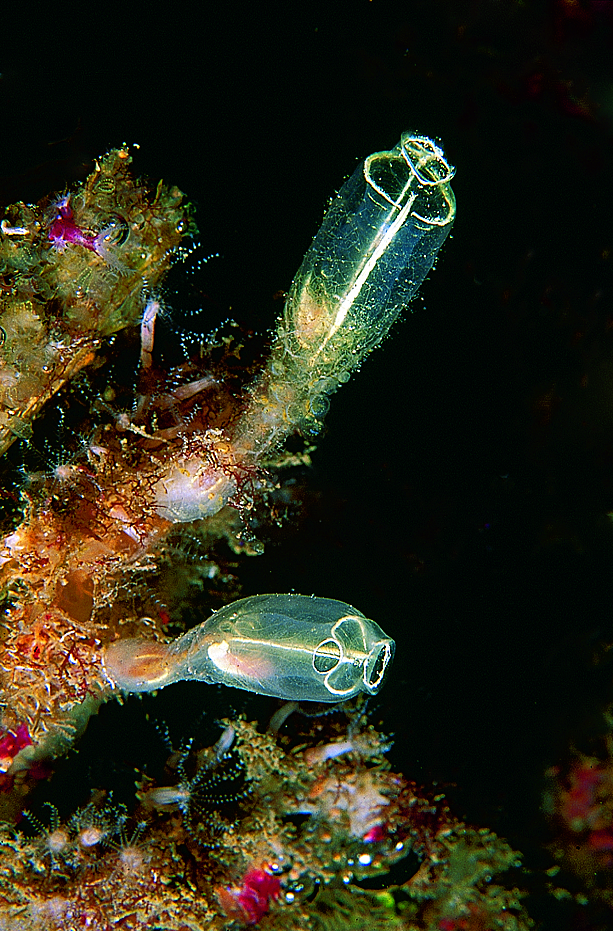 A STRAND OF CULTURE

Elba is the island of the sun and the wind, a green mountain lost in the sea where the crystalline bottoms are decorated with a thousand shades according to the rays of the changing sun. It is the largest island of the Tuscan Archipelago (28 km long and 19 km wide) with 147 km of coastline, 200 beaches, 224 km ² of area and the third of Italy. It is located between Corsica, fifty kilometers away, and Tuscany, in the Tyrrhenian Sea. It is separated from the Italian peninsula by the Piombino canal, about ten kilometers wide. It is a site protected by a National Park, which also includes the six other islands of the archipelago.

It is a real green oasis in the heart of the Tuscan Archipelago, a territory with infinite horizons: golden beaches caressed by transparent water, rocky massifs that are lost in the middle of a Mediterranean vegetation, peoples who have always been been blessed by the sun.

The island of Elba is an island for sports : it offers trekking and mountain biking excursions, various scuba diving and sailing sites, as well as circuits for horse riding. There are also two golf courses (9 holes). It rises to 1,019 m by Mont Capanne and its granite quarries, which overlooks the Costa del Sole in the west It is populated by 32,000 inhabitants.

To get there, go to Florence or Pisa then take the boat “Corsica Ferries” with several daily departures every 30 minutes from Piombino to Portoferraio with a crossing time of only 40 minutes. Another possibility is to go through Bastia in Corsica, with a trip of 1.30 h, twice a week or more depending on the season. The transfer is then assured by the club or the hotel.

The island of Elba has a turbulent history and preserves testimonies of all eras, from the Etruscans to the present day. The exile of Napoleon is of course an important step which inscribes this island in the history of France.

Since forever (or almost), the Man wanted to cross the ocean surface…

Henri Eskenazi, dentist, photographer and professional diver, he is back today for…

During my last cruise on the Jakaré boat in Papua, I’ve met…

For a lot of travelers, scuba is among the main reasons to…