From Jules Vernes until today, the dream of excursion and the quest of finding new land have always driven explorers to strive further to discover new tales and revolutionize history.

What happened to the sailors on the expedition of HMS Erebus and Terror, who mysteriously disappeared 170 years ago while crossing Arctic waters along the coasts of Canada?

Having departed from the United Kingdom in 1845 in the search of the Northwest Passage, as commanded by John Franklin, these two three masts who were accustomed to polar excursions, never returned to the English shores. Their fame was great, having sent out an expedition to the Arctic in 1836 and another in the Antarctic between the years of 1839 and 1843. Their ships were heavily equipped with steam engines, iron hull armor to withstand the pressure of icebergs, and 3 years’ worth of food.

Incredible search efforts were deployed to find survivors of these ships, yet only a message was discovered on King William Island in 1859 with the information that 23 members of the crew mysteriously died on the 11th of June in the year of 1847. Evidence of materials and cannibalism discovered by Inuit communities depict the atrocious conditions the remaining 105 survivors endured during their search for civilization through frozen lands.

In search of the vessels HMS Erebus and the Terror 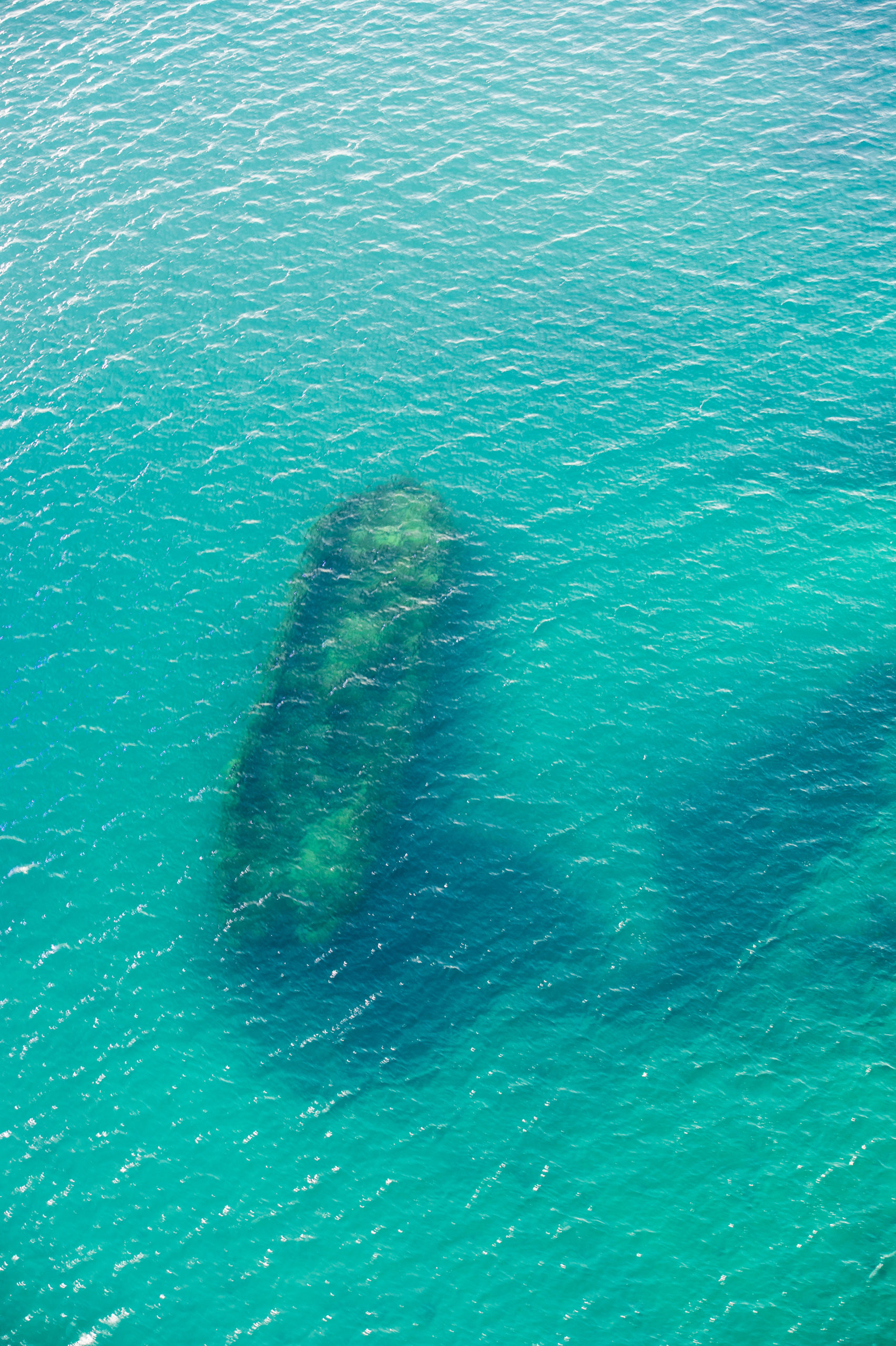 Several archaeological missions carried out since 2017 by the team at Parks Canada, have focused on these two shipwrecks. Consequently, with the use of a drone and meticulous divers, they have obtained unpublished images of these ancient ships.

In 2014, a shipwreck expedition led by the Canadian Defense, in collaboration with Inuit communities, led to the discovery of one of these ships, located 300km from King William Island. This abandoned ship was, indeed, the Erebus.

Meanwhile, in 2016, the shipwreck of the Terror was also located as a result of the efforts of the research vessel Martin-Bergmann, along with two other scientific boats by the Arctic Research Foundation. 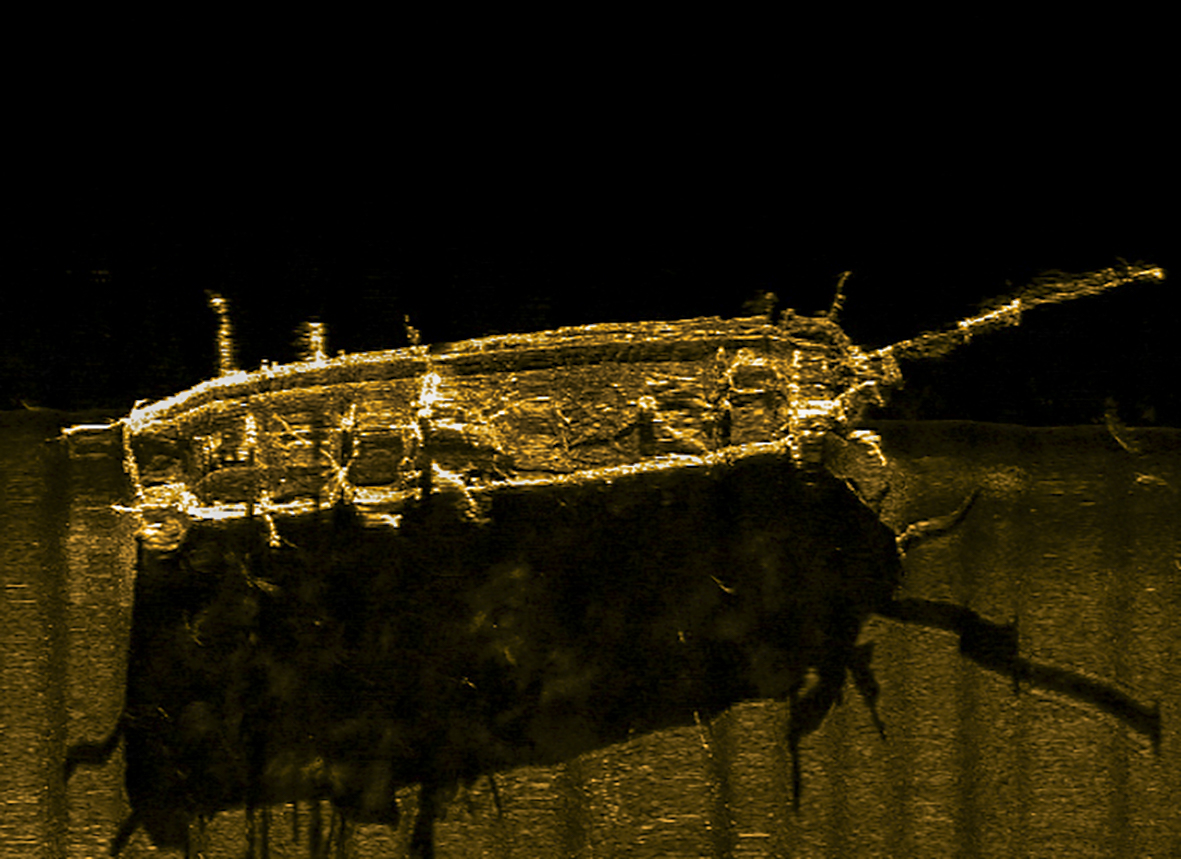 With water temperatures barely above 0°C and the lack of light, these conditions have contributed to excellent conservation of the ships. These extreme weather conditions in the Canadian Arctic have also been the cause of very difficult circumstances for archaeological divers, who at times must even operate under ice, as in spring 2015.

The Erebus and Terror are miraculously resting upright on their keels at 11m and 24m, respectively.

On the Erebus, among the planks of the upper deck, divers have found bilge pumps, anchors, and, most incredibly, the ship’s original brass bell.

As for the Terror, the crew cabins, dining room, and food storage all remain intact. With the anchor up and some hatches open, researchers suggest the crew had abandoned the ship precipitously. The sediments covering the wreck have acted as a protective layer, thus preserving the most fragile perishable materials such as paper and textile fibers. To this day, archaeologists remain hopeful to find the captain’s journals and documents. 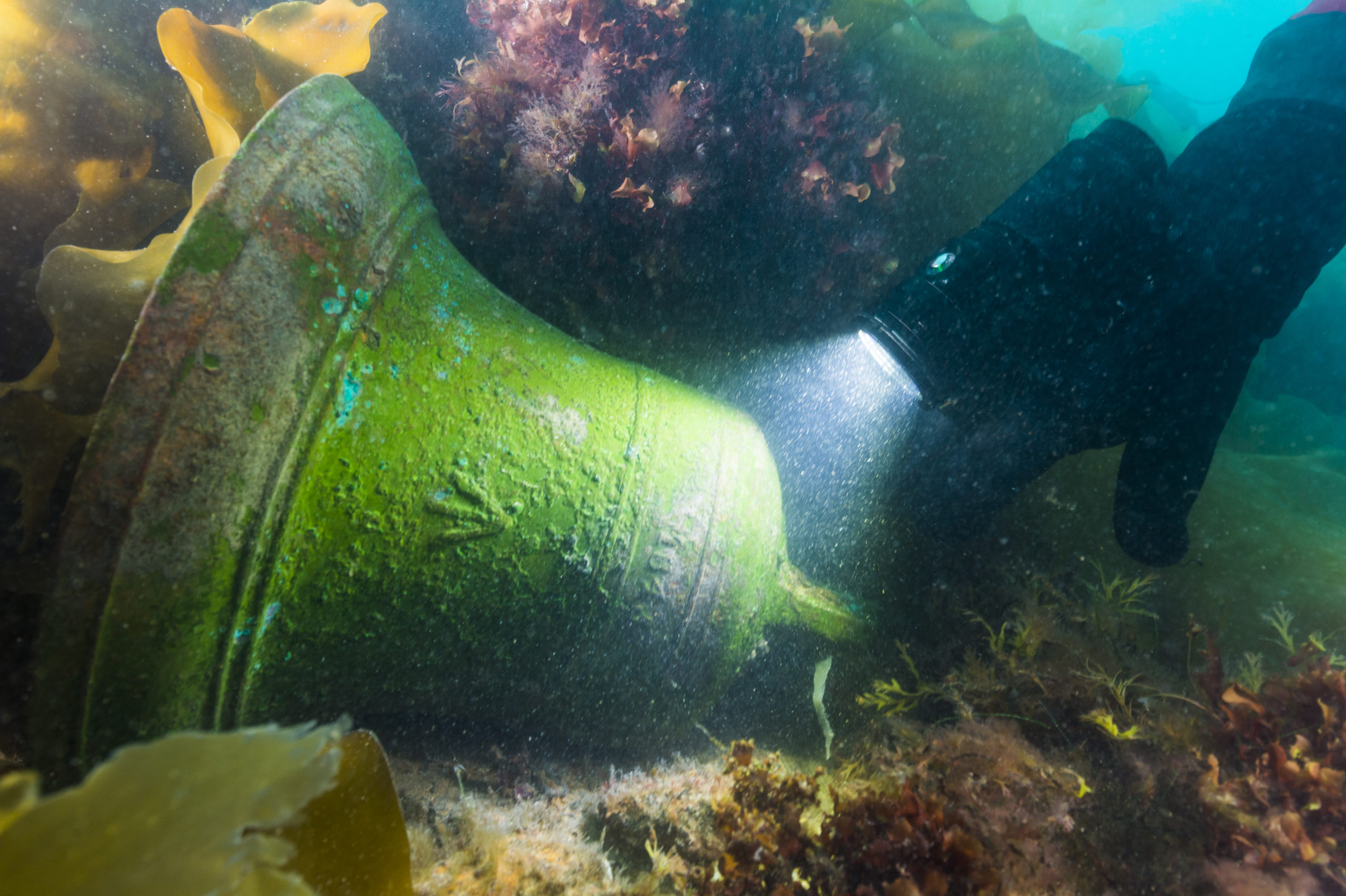 Having become one of the most important underwater archaeological projects in Canada, future missions are scheduled to learn more about the dire fate of this expedition.

Thanks to Parks Canada for sharing information and photographs