Since forever (or almost), the Man wanted to cross the ocean surface to see below. For a long time, he has deposited objects (voluntarily or not) sometimes substantial, leaving traces more or less mystical: waste, wrecks, amphorae, stelae, statues. Christ, a symbol in its own right, is often found at the bottom with its share of stories and mysteries. These dives are never devoid of emotions … During my many dives, I had the chance to know four of which here is a small overview.

The dive takes place in the Bay of St. Paul, not far from the island of Comino, just in front of a beautiful cave where the water is azure. Here, on May 26, 1990, to commemorate the arrival of Pope John Paul II, a superb replica of 3 meters of the “Corcovado” of Rio de Janeiro was immersed by 18 meters of bottom: it is the “Kristu Tal-Bahhara” . History tells us that here, in the year 60 AD, the Apostle Paul was shipwrecked on his way to Rome. A land statue was erected on the island that bears his name, on top of a cliff where a few migratory birds come to stop at the crossroads between Europe and Africa.

The dive begins with a dip in the water up to twenty meters on a sandy plateau often inhabited by barracudas and sea bream. The descent is towards the northwest to reach a heading towards 47 meters. Here, we meet big red gorgonians. At 39 meters, there is a statue of Christ rather stylized, flat, openwork and covered with many encrusting sponges literally hiding the face. In front of the falling is particularly colorful. It was installed in 1994 to celebrate the new school of NCOs naval air guarding finances. At the ascent, it is common to cross groupers, sars, saupes and peter.

The Christ of the Abyss is surely one of the most original underwater features of this region. This bronze statue measures 2.50 meters with a weight of approximately 260 kilos and lies 17 meters deep in the San Fruttuoso Bay of Camogli, not far from Genova and near the San Fruttuoso Abbey of Capodimonte. She represents Christ with open arms as a sign of redemption as Christ the Redeemer in Rio de Janeiro, Brazil, with the head raised to the surface of the water. This statue of Christ was created by the artist Guido Galletti, after an idea of ​​the diver Duilio Marcante and immersed in tribute to his friend Dario Gonzatti who was the first Italian to use a modern equipment in scuba diving, died here even in 1947.

Duilio Marcante proposed his project to the president of the then Italian Sports Center, Jack Costa, as well as to the religious authorities. He received the approval of Pope Pius XII. The statue was immersed on August 22, 1954 with the help of the Italian Navy. It has become the monument dedicated to all victims at sea. Each year, the last weekend of August, a commemoration ceremony takes place. The procession takes place during the night, in the light of the torches during which divers deposit a laurel wreath. Note that the original clay statue was abandoned in a foundry in Italy until 1993. Due to corrosion and concretions, the statue was released in 2003 for restoration and to replace one of the hands broken by a anchor and was released in July 2004.
Contact : « Christ Of The Abyss » (www.christoftheabyss.net) 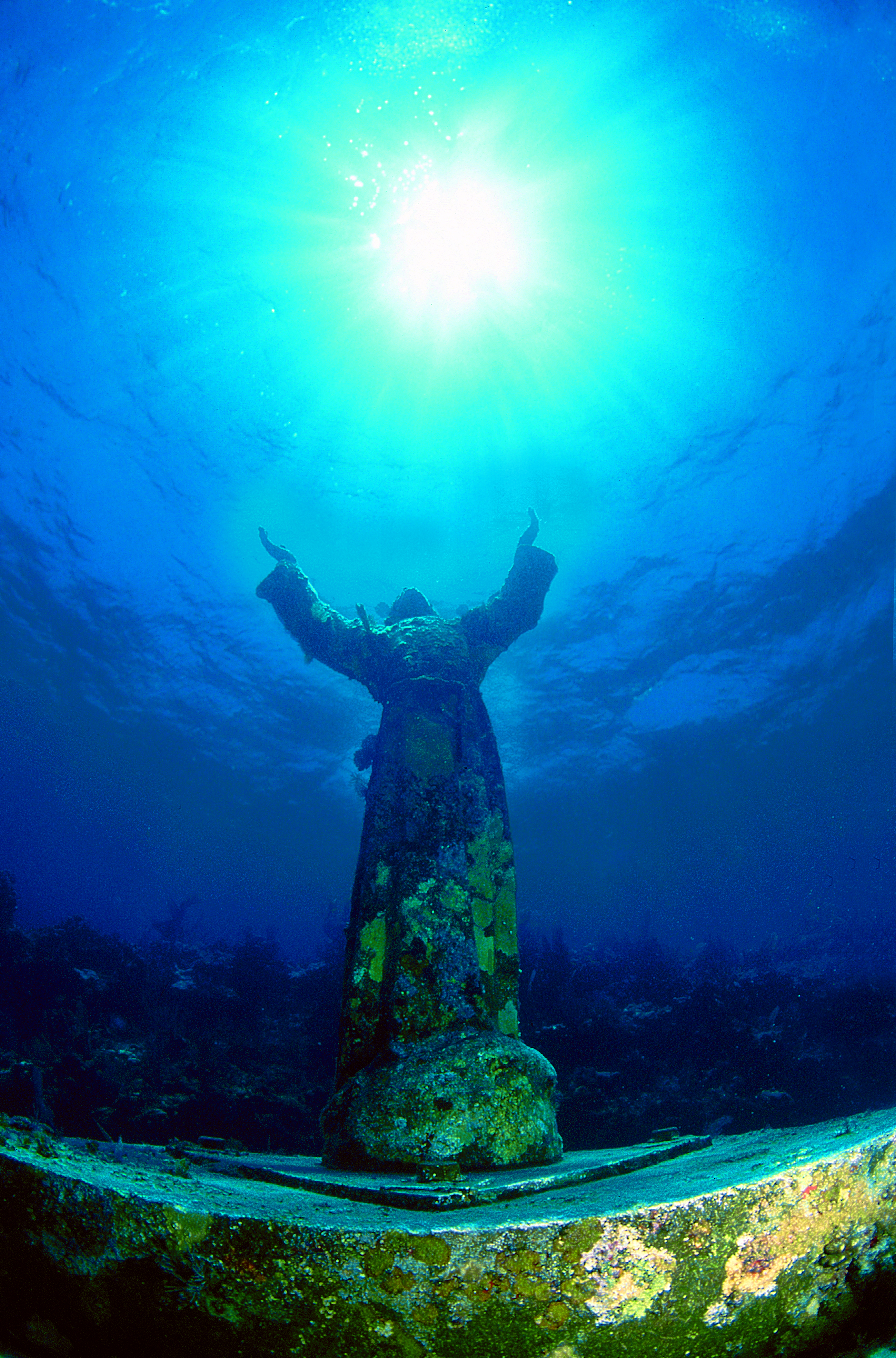 The Christ of the Abyss (Key Largo – USA)

The Florida Keys are known for their clear waters full of fish. Key Largo in particular is a popular destination for scuba diving. Christ of the Abyss is on the reef of the Dry Rocks, the world’s first marine park. The immersion is easy because the waters are very clear, the depth varies from a few centimeters to eight meters maximum and access is only by boat. This statue immersed in Florida waters is a copy of the original located in the San Fruttuoso Bay of Camogli, Italy. This one was realized with the molten metal of the medals of sailors and sportsmen. His weight is 250 kilos. It is placed on a concrete base of nearly 100 tons. His immersion required the help of the US Army.

You know other statues of Christ immersed? Share in a comment where it is possible to discover others!

Today we are constantly bombarded with information via social networks, and the…