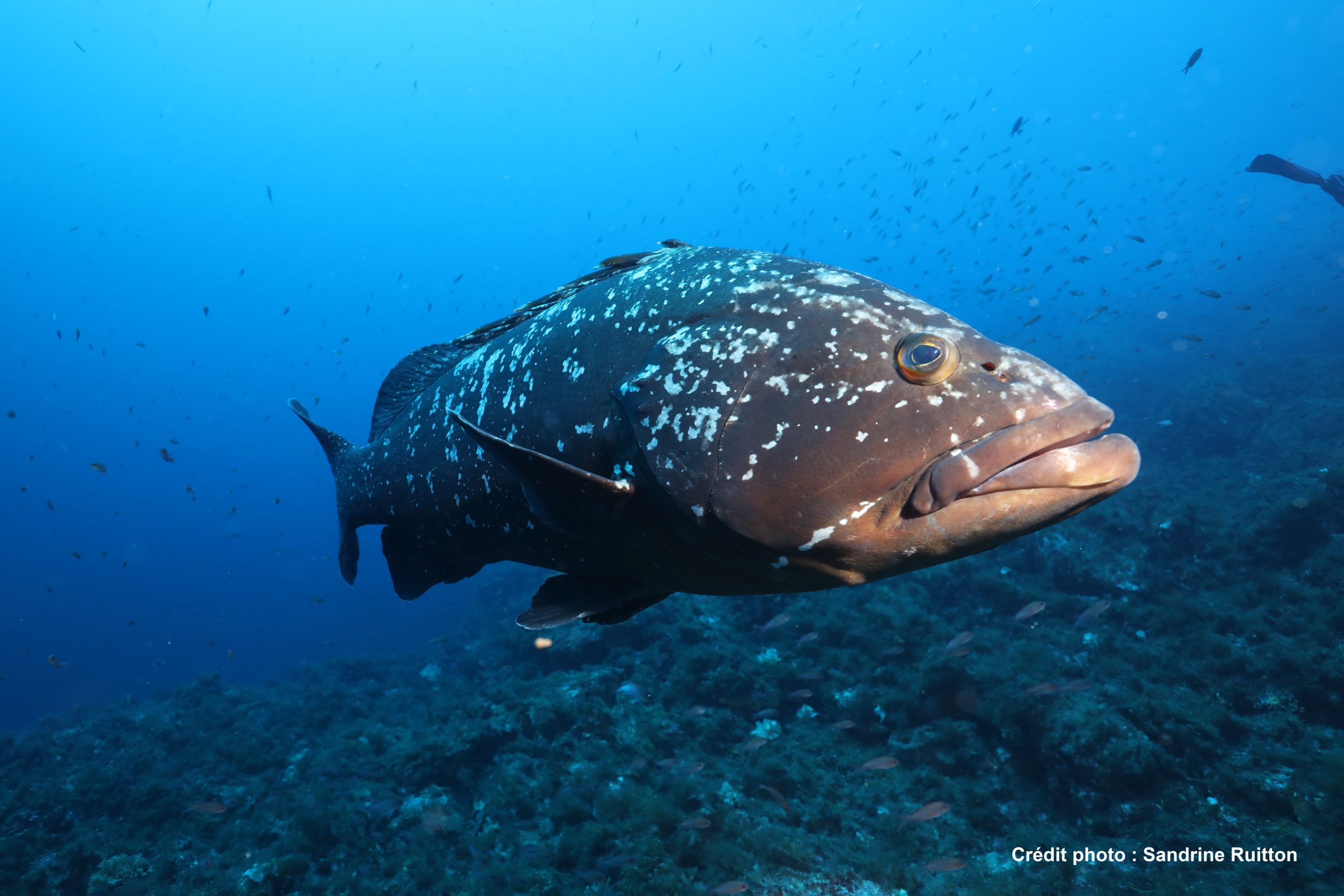 The Brown Grouper and its mysteries

Icon of the Mediterranean, sought after by divers and photographers, the Brown Grouper is a creature of mystery. It is for divers, as for land naturalists, a must see species during their dives.

Also called Black Grouper, Mediterranean Grouper or Epinephelus marginatus by scientists, it is a massive fish up to 1.50 meters per 100 kg that can live up to 50 years.

It is located at the end of the food chain with a primordial role in the regulation of populations, which makes it an essential species in the survival of the ecosystem.

Meeting with the Mediterranean Grouper

To observe it, you will need patience and good eyesight! Indeed, this large carnivore has gotten used to living alone in the coastal rocks between 5 meters and 200 meters deep! Its diet is quite varied: octopus, cuttlefish, squid and small fish.

To know an animal is to allow ourself to better understand it and to better preserve it.

Unique by its size, it has moreover, a specificity of its own, its sex is determined after its 4 years!  After this period, the youngest (5 to 10 years old) are able to become females, then change sex and become males towards the end of their lives. In summary, the only males are at least 40 years old and are surrounded by several younger females.

When we have the chance to meet him, this animal is very friendly and curious. By allowing itself to be easily approached, it has become an easy prey for underwater hunters… It almost disapeared for one of these reasons. 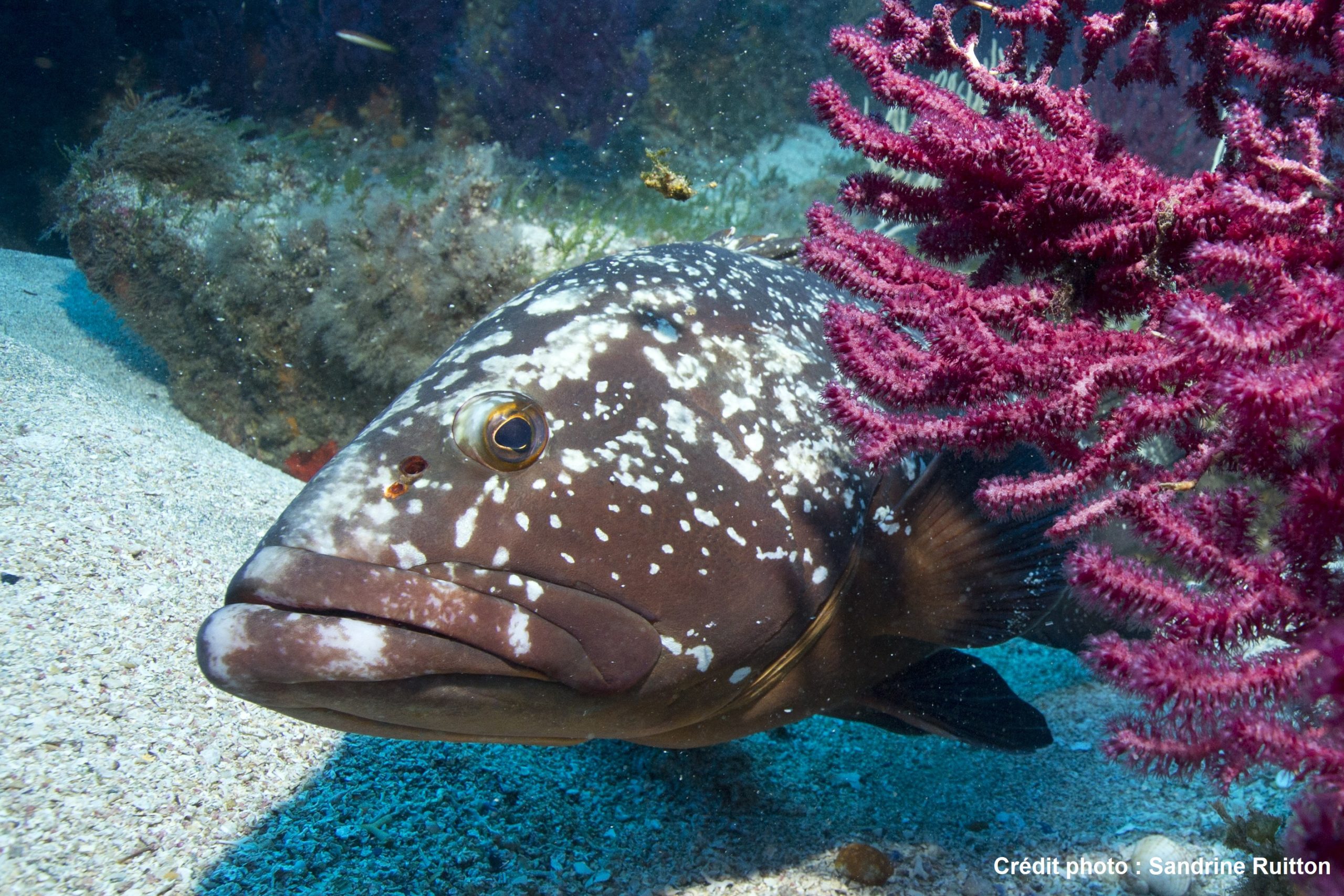 As a result of this sad observation, the Mediterranean Grouper is classified EN (endangered) on the global red list of the IUCN and is subject to protection at the national and European level (Barcelona Convention, Bern Convention, National Moratoria). It is still very rare to see them whilest diving, each encounter with a diver is a real exception.

During your next dive with Click-Dive in the surroundings of Marseille and Port Cros, open your eyes, you might have the chance to see and approach this big mysterious fish, a treasure of the Mediterranean Sea. Contact our partner diving clubs to have a great chance to observe it.

From June to December 2020, we supported in two formats, the Ailerons association. The first, and…

Being ocean lovers like us, we cannot ignore it. Green in the water, dried up on…

Today we are constantly bombarded with information via social networks, and the…

Whilst walking along Rue de la République, in the heart of Marseille,…

This well-known plastic, developed in 1913, offering revolutionary properties such as flexibility,…

From June to December 2020, we supported in two formats,

Being ocean lovers like us, we cannot ignore it. Green