In the past, the coconut tree was undoubtedly the lifeline of islanders living between the equator and the Tropic of Capricorn in the South, so much so that some have used it to symbolize these regions of the world.
Indeed, for a long time the inhabitants of islands used it constantly in their daily life. Reaching towards the sky and invading the horizon, its slender trunk and its jagged leaves give the beach skyline an indefinable charm that has always inspired poets, painters and photographers. The leaves cover its surroundings with a soft shade moving slowly through the winds at each sunset, creating a feeling of embrace to all souls. 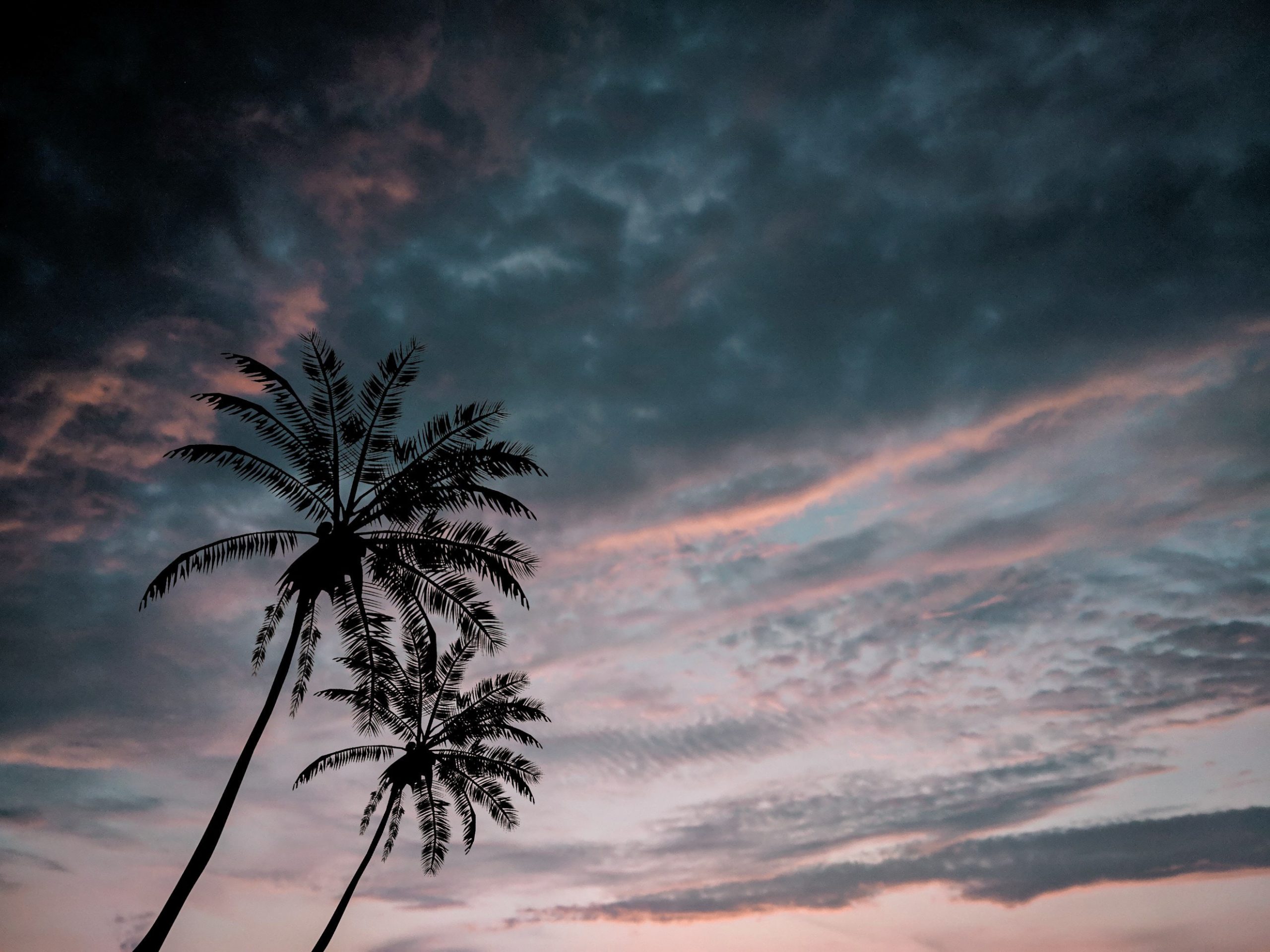 Its trunk was often used to build family homes. The coconut tree provided most of the materials needed to build furniture and canoes when it was cut into planks. If a cyclone unfortunately knocked it to the ground, it became a great meal because of its marrow and its young tender leaves, which were called the “millionaire’s salad”.
Thanks to its leaves, one could cover the houses, while also being able to cover the ground with coarse mats in order to lie down. At sunset, the palms on the sides of the houses provided privacy or could protect from strong winds. They also were used as hats, fans, baskets, brooms, torches, and on feast days as decorations.
At sunrise and sunset, the young men would climb to the top of the trees to collect the coconuts. There, they could not help but sing and whistle improvised melodies which, from tree to tree, spread all over the island before the wind blew them away. To other corners of the world.
A magical and unreal illusion of the coconut trees singing…
The islanders also collected sap that dripped out through cracks in the top of its trunk. Mixed with water, it was the family’s nutritious drink for the whole day, from the smallest member to the largest. When cooked, it became syrup and replaced sugar. Its fermentation produced a heady wine and, if wanted, it could even become vinegar.
As for the uses of its fruit, they are multiple. When young, the coconut contains a fresh, clean, slightly sweet and very thirst-quenching water as well as a highly prized gelatinous pulp. When it ripens, its flesh, which is firmer, can be grated to be mixed with other foods, especially fish. One can process a kind of milk from this nut (*) which can be used as a sauce and even as a laxative, after pressing it into a strip of vegetable fibre cloth provided in abundance by the coconut tree itself. After cooking this milk, an oil can even be extracted which was formerly used for lighting while also being used to cover the body or protect the hair from the sun and salt. 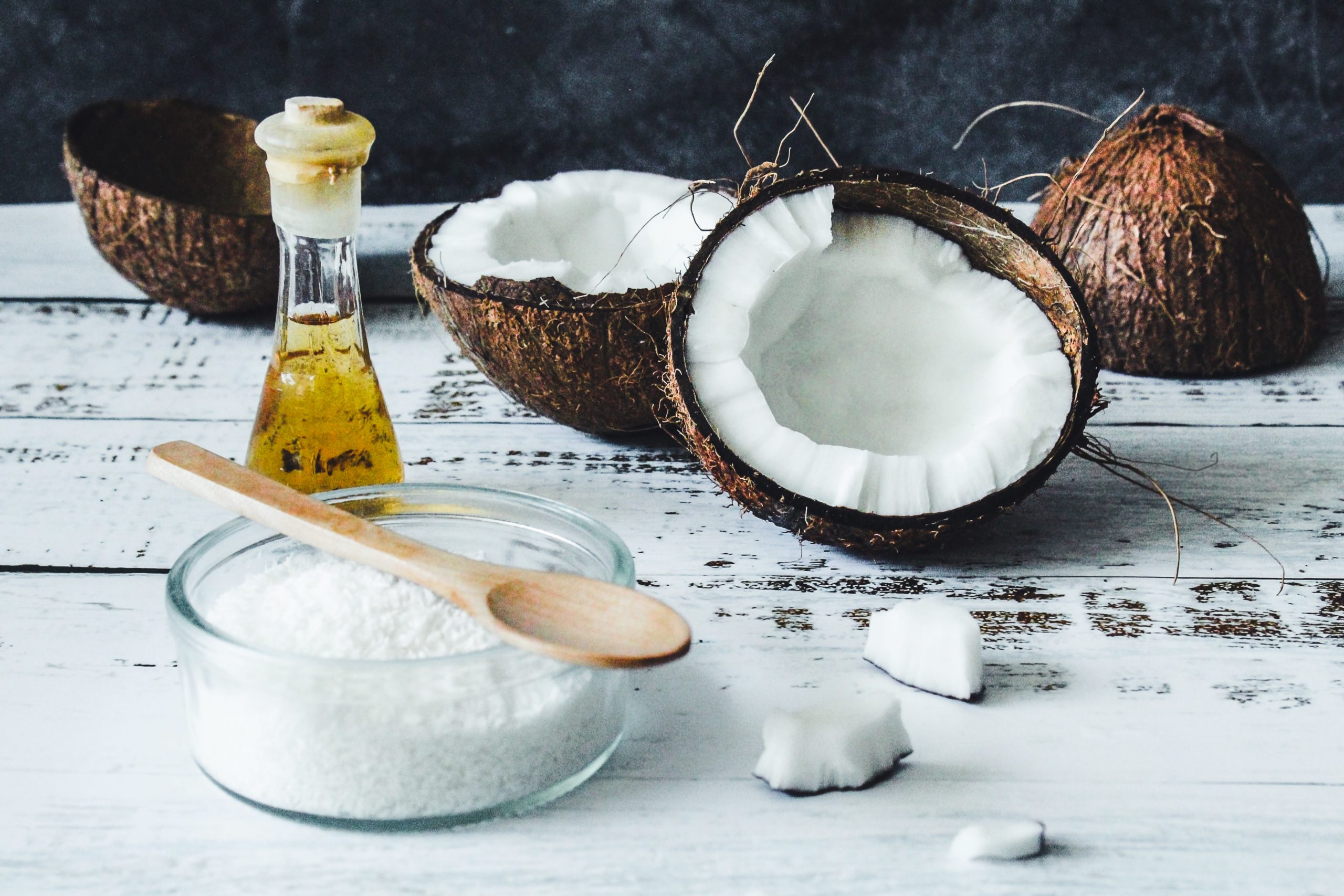 But the coconut tree today has essentially become a commodity. Indeed, the inhabitants collect the ripe fruit, already fallen or still on the tree to retrieve the copra. The coconut is then split with a machete to extract the pulp and dried in the sun so that it can be bagged and sold. The pulp is then used to feed the animals or to make oil.
The coconut also provides by-products such as, a string necessary for combining lumber such as in the construction of canoes. The islanders collected the wadding of a fresh coconut, still green because the ripe coconut became unsuitable for this use. After a first phase of maceration in the water, followed by a drying period, the strands were gathered in small tufts that were spread on the ground. These small bundles of vegetable fibres were then put end to end and rolled with the right hand on the thigh with such speed that in a very short time, a string was created which is capable of resisting very violent forces and, rough enough to make the knots difficult to undo. Sometimes the hard, thin shell of the coconut was used as a cup, bowl, gourd or even as an ashtray. There’s nothing like an empty, sun-dried coconut to maintain a bright, low-smoke fire.
Born from a ripe coconut left on the ground, the coconut palm takes no more than seven years to produce the sap and about ten years to give the nut. It lives an average of one hundred years and produces about fifty fruits per year.
The coconut tree has been, until today, a source of food, housing and transport: in a way, it has allowed the islanders to open up to the world. A true tool towards civilization?

(*) Coconut milk recipe: Take a coconut (the meat), grate it and add a volume of water, then squeeze. This is how the milk is obtained. Start the process again with the previously pressed pulp which will again give milk. If one wishes a very fatty milk, it is necessary to use hot and cold water to obtain a thinner milk.
Post Views: 1,208