Alban Michon is an instructor and passionate scuba diver but he is above all an explorer and adventurer of modern times. During his last expedition, he travelled alone for more than 50 days through the ice pack in northern Canada. Today, he is giving us a few moments to tell us about his career. 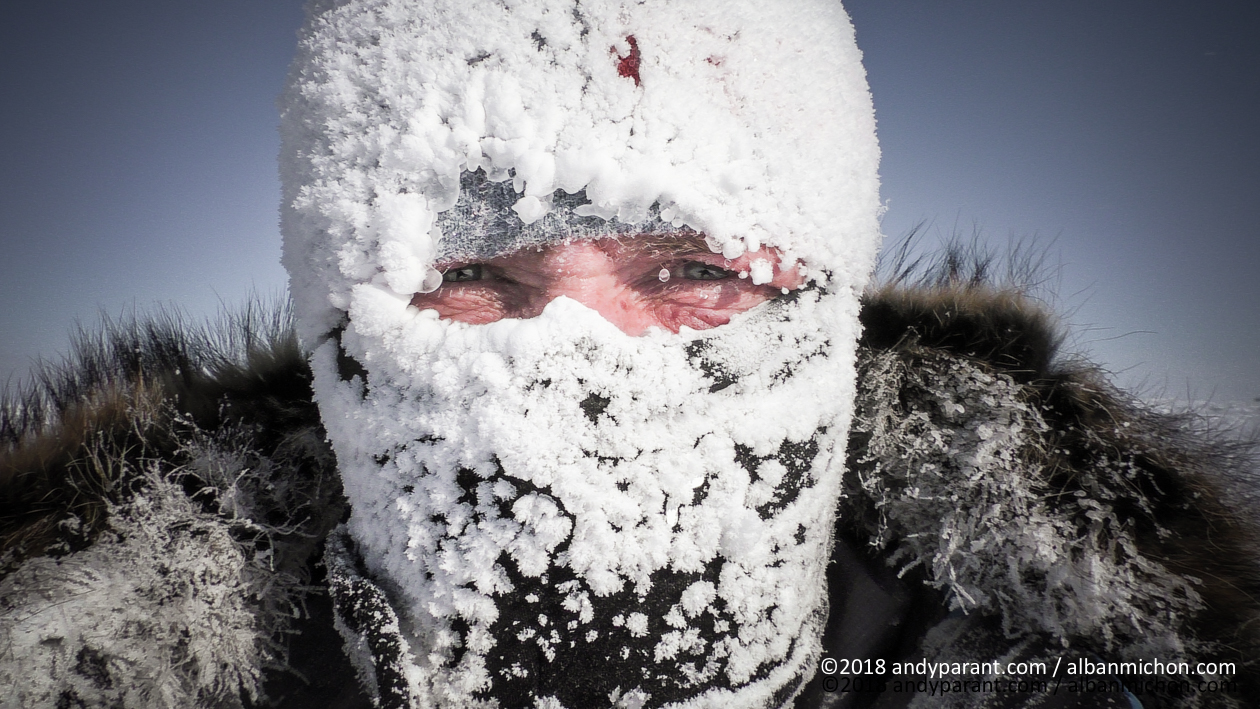 Ael Le Fur (ALF) : “Can you introduce yourself and explain in a few words your journey for our rare readers who would not know you?”

Alban Michon (AM) : “I’m… 41 years old already! I’ve been diving since I was 11. A passion that led me to become a diving instructor and then to buy 2 schools: one for ice diving in Tignes and one for underground diving in the Lot. At 30 years old, I joined the DeepSea Under the pole expedition. This was my first expedition in 2010. 2 years later I organized an expedition to the east coast of Greenland.

I also went solo for 62 days where I had the opportunity to dive under the ice floe. I bring a diving touch to all my expeditions. It also allows me to bring scientific data back under the ice. The explorer is like a workman of scientists. He brings back information and serves the environmental cause. It differs from the adventurer who seeks to achieve a sporting performance. An explorer can be an adventurer but an adventurer is not necessarily an explorer.

Expeditions also serve me to share the beauty of our world. Between each trip, it allows me to make films and write books. It’s a more fun and playful way to talk about the environment. » 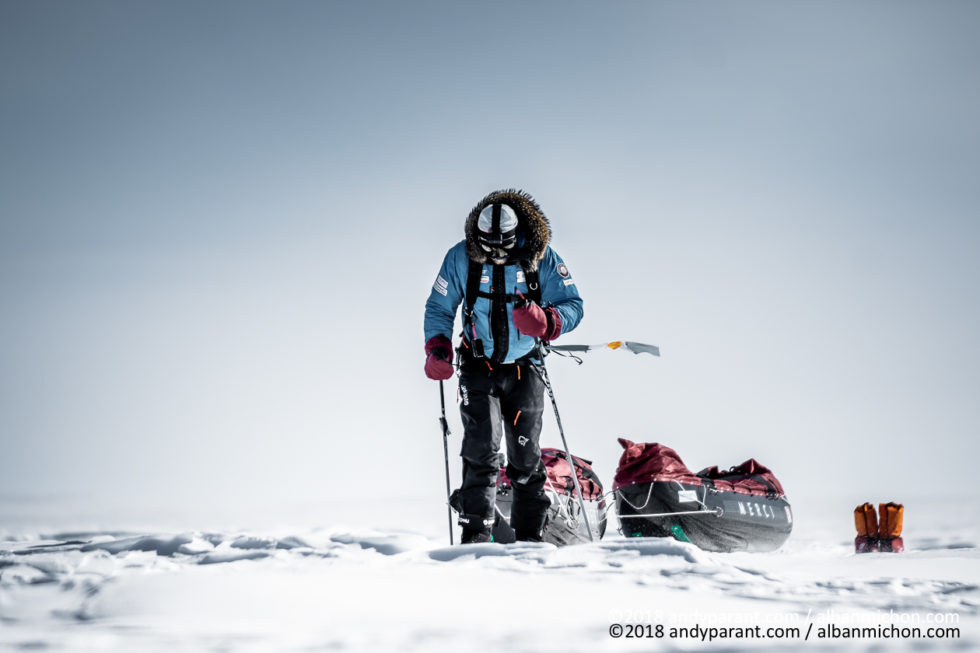 ALF : “Is it a kid’s dream come true to have become a modern-day explorer?”

AM : “Since I was 16 years old, I knew what I wanted to do: live in the world of diving. I was already interested in the adventures but in a second time. When being able to live off my passion was possible, that’s when I wanted to go on an adventure. »

ALF : “Where did you get your love of diving from, especially under ice and underground diving?”

AM : “I discovered diving in a swimming pool in Troyes. Without even seeing fish, I loved diving for its sensations. That feeling of being weightless. I continued to dive in the rivers and lakes of the Aube region. When I was 18, I started diving underground. It was another atmosphere and an atmosphere that I liked. I enjoyed swimming near the relief of the rock.
Some time later, I went to a friend’s house next to a frozen lake. So I decided to immerse myself in it at night. That night I discovered ice diving and I think it was wonderful. This allows you to refocus and listen to your body. We are taken by the spectacle of this ice that over the years I have come to know, to see how it lives. It was almost by chance that I bought a school in Tignes where I offer first dives under ice. I really wanted to break the myth that ice and underground diving are complex and only for experts. ”

AM : “This project is 2 years of work, fairly substantial budgets, a film crew at the beginning and end of the expedition. It is not a safe trip, so there is always a time to prepare but also to look for financial and material partners.
On the ice pack, conditions are extreme between -40 and -55 degrees. On my last adventure I went solo. Even if there is still a team present that I can contact by satellite, I must always remain vigilant. The difficulty is there every second. It is important to stay focused at all times so as not to be attacked by wild animals and not to freeze.
As for the diving part of this expedition, the objective was to recover plankton so that it could be analyzed by scientists. I spent seven hours digging a hole in the ice before I could immerse myself. So you need to have some training and experience. I’ve done thousands of ice dives all over the world before it came to this. In addition, I know my equipment very well and can easily dismantle it. A material that, under these conditions, instantly froze once it came out of the water. My challenge during this expedition was therefore to be able to thaw my equipment to be able to dive again.

The key to success is first and foremost to learn, to fail and to try again. Today, I have a lot of people coming to me for advice. People who want to do crazy things but have no training. For my part, I started the expeditions at the age of 30 when I already had 19 years of diving behind me. They don’t realize how much you have to be prepared for this kind of event. » 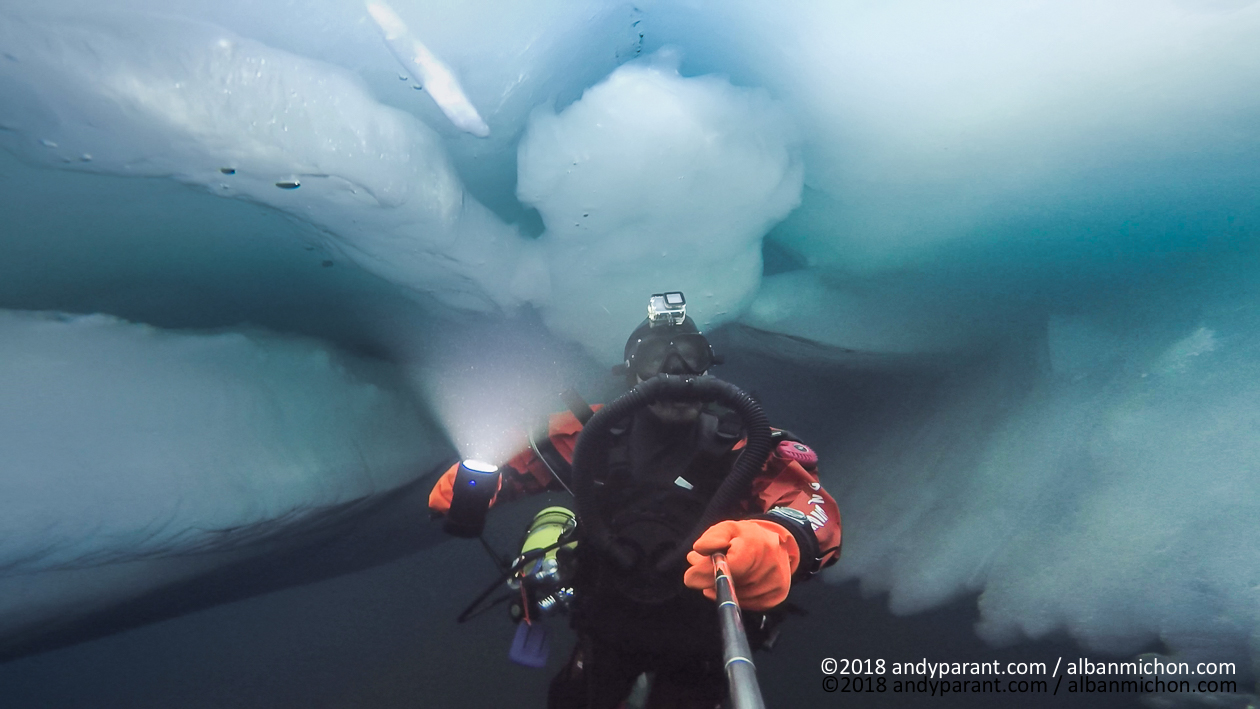 ALF : “The best memory you have of your expeditions?”

AM : “I have thousands of good memories. The one that comes to mind is when I was able to swim 3 metres from a polar bear in Greenland. A very stealthy moment that seemed very long to me. »

AM : “I see the future between adventures, signing sessions and film screenings. The idea after each expedition is to talk about it. Experiments are used to talk about a legitimate cause: the environment. It’s not just to follow up, it’s also to send a message.
At the same time, a new expedition is being prepared. This is expected during the polar night, the time of year when the sun does not rise where the conditions are most extreme. I will be with a team of about fifteen people, including scientists, to test the technologies of tomorrow. » 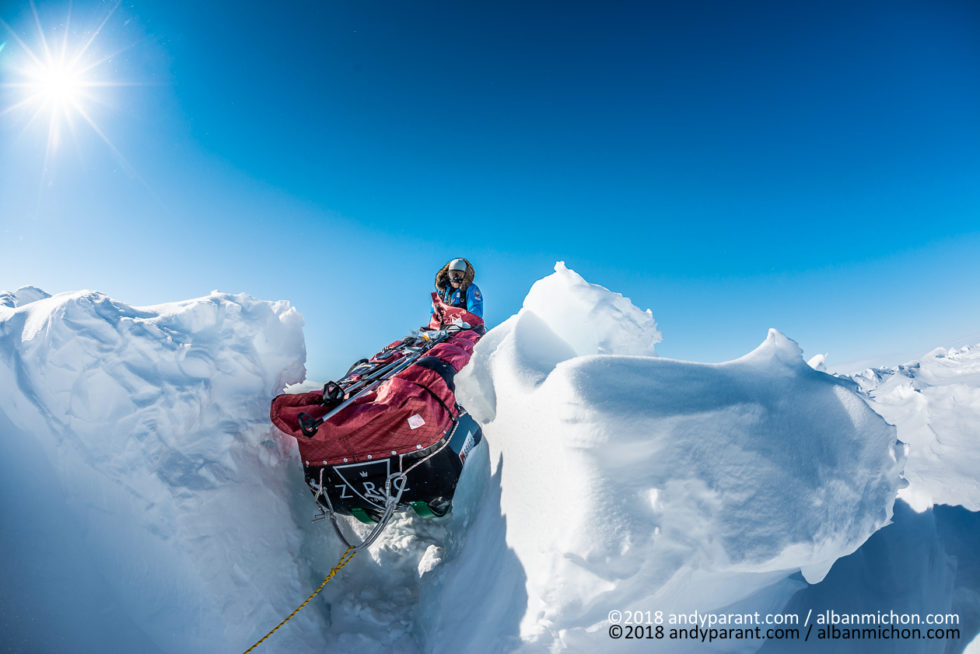 ALF : “Your vision on the current state of the environment?”

AM : “I don’t like the ease of saying we’re all going to die. I remain optimistic without denying what is happening. The melting of the ice is real. The question is: what are the solutions? Can we not reconcile man and the environment as a whole?
We must not forget that there are people who are doing extraordinary things. New generations are aware of the environment. Thanks to the creation of national parks, there have never been so many fish. Everything is going in the right direction, so we must continue. There are water treatment plants that have been multiplied to avoid polluting the Mediterranean.
It’s a question of generation and therefore it takes time. We see the evolutions. For example, in the 1990s, we were already talking about the hole in the water layer area and today it is disappearing.
The ice pack in 20/30 years will disappear. Yes, some species will disappear. But either we complain and do nothing, or we move on. Everyone can act on their own scale. »

AM : “People who make things happen, who take risks. It’s finally another kind of adventure. Brice and his team are working hard to make things happen. Soaps are a good move.
I like people who try, who dare and who try. I encourage and love Brice’s ideas very much. I wish it would grow. Click-Dive allows you to communicate on diving with young people, future divers 2.0. »