A few days ago, the editorial staff of Click-Dive magazine went to the Institut national de la plongée professionnelle (INPP) located at Pointe Rouge, not far from the Calanques de Marseille, to meet a diving legend: Theo Mavrostomos.

Theo is at work where he trains the professional divers of tomorrow. He gives us a few moments to talk about his incredible journey in the world of diving. For the novices who would not know his name, this diver is the deepest dive record holder at no less than 701 meters deep! A record set on November 20, 1992, 26 years ago and which has never been broken since.

It is then that Theo Mavrostomos begins by telling us about his beginnings as a diver. Originally from the Greek island of Kalymnos, a place also known as the “island of divers”, he began to snorkel at an early age when his family took him to the beaches of the Phocaean city. At the time it was above all a fun activity, he dived without any equipment and tried to explore the Mediterranean coast. As an adult, after starting his studies as an architect and spending a short time in the army, he decided to join Hippocampe, a company whose mission was to brush the hulls of boats in the port of Marseille. At that time he had never dived with equipment but his love for the sea led him to apply. It is in this position that Theo discovers the world of professional diving.

On a newspaper, he saw an ad: COMEX, at the time the largest diving company in the world, was looking for divers to train them in deep diving. This offer naturally interests Théo because it is synonymous with a good salary and trips around the world. He is then part of a group of 30 people who pass practical and theoretical tests to finally keep only 10. Having no theoretical knowledge, he is not one of the selected ones. It is thanks to the withdrawal of one of the divers due to medical problems, that Theo Mavrostomos is contacted again to join COMEX. Following this, he followed his training at the I.N.P.P for 3 months and left as an intern for 6 months in the North Sea. During this period, he observed, learned and admired seeing this industrial dive with his own eyes. It is from his second rotation that he is offered to join the diving team for a replacement. He found himself with a saturation team of 3 experienced divers and thus began his career in hyperbaric chamber diving. A place that is like his second house since he spends 90 to 120 saturation days in the year and to his credit he has spent more than 2000 days in the chamber.

For 4 years he took over the saturations and construction sites until he heard about hyperbaric welding. He would like to evolve and become a welder but at that time COMEX did not have any positions to offer and the company was changing its status. A few months later, Theo found himself laid off economically. He takes advantage of this period to train as a high-pressure welder. COMEX offered to rehire him and he accepted on condition that he became a hyperbaric welder. After a trial period that goes well, Théo Mavrostomos enters the profession. As a welder, he is part of the team that performs manual welding at -300 metres, a world record for the deepest manual welding. Theo’s first record, which did not have as much response as the one that made him famous.

Noticed by his superiors for the quality of his work and his irreproachable behaviour, Theo was sent to a hyperbaric centre as a “rescue aid” for a new world record. All this is taking place within the framework of the Hydra projects (10th edition), which has enabled the development of a new gas, hydreliox, with the aim of achieving the deepest dive more than 700 metres below sea level. A reversal of the situation causes the first chosen ones to be withdrawn from the project and Theo is selected as a diver. He leaves in teams of 3 and his two teammates give up around -500 meters. They are mentally exhausted and afraid for their lives.

Theo had complete confidence in the medical team. He can’t stay alone inside the box so they’re all up. Our diver does not want to remain on a failure, he feels that this is his moment, he is ready and determined to succeed. He insists on the COMEX boss who finally convinced the project leaders that Theo go alone. He manages to reach -701 metres and stayed there for 3 hours before surfacing to do exercises for science but without to go in water. 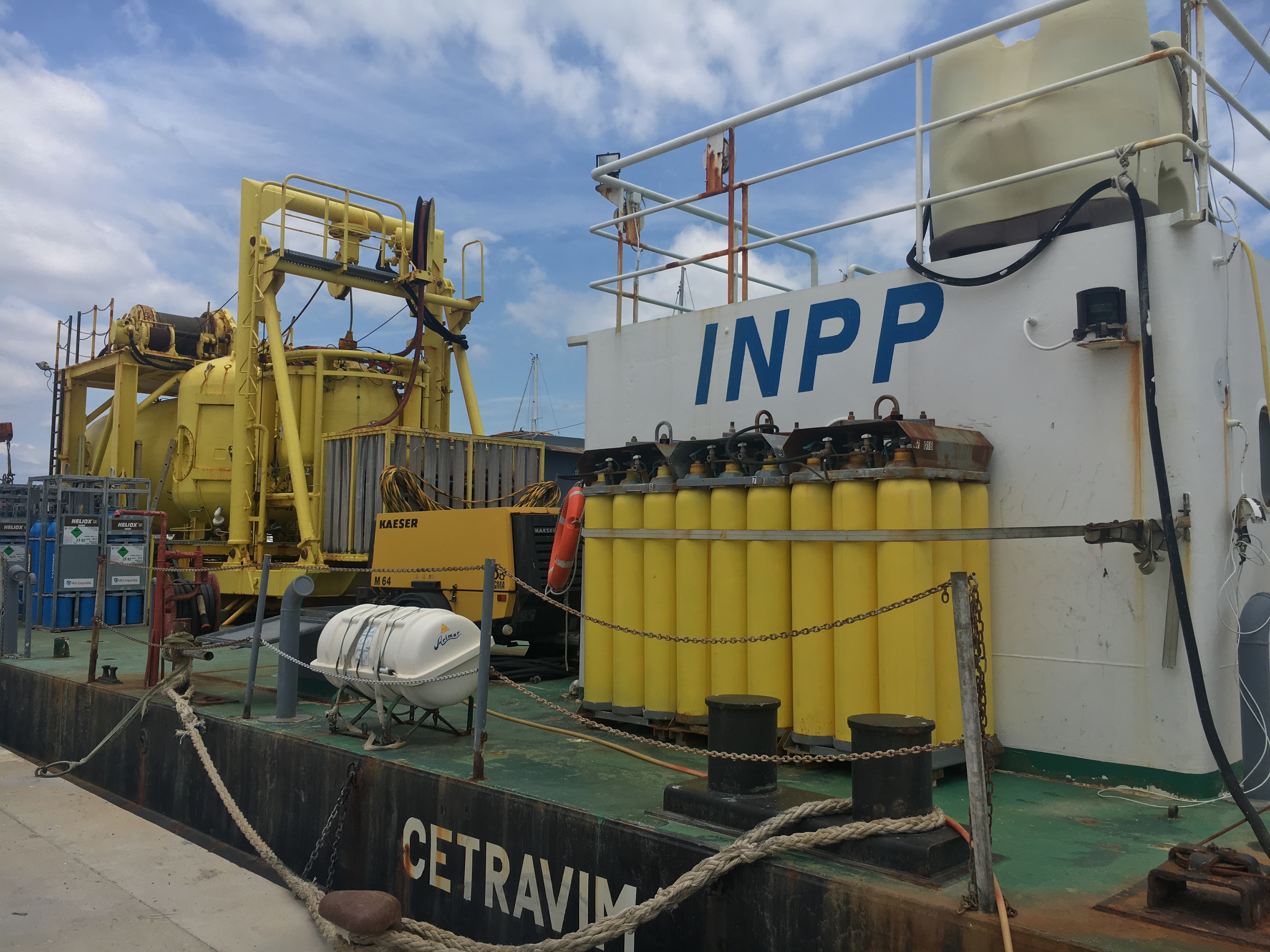 Thus, Theo Mavrostomos has marked the history of diving, becoming the deepest man in the world. He continued to be a diver for a few years before becoming a teacher at INPP. Teaching allows him to pass on his knowledge and passion to new generations of divers.

“What I teach my students is above all to love this profession. »

He has also created an association, with the help of his rugbyman friend Christian Califano, whose mission is to protect the coastline and seabed in the Mediterranean. A problem that is dear to Theo’s heart in order to preserve this sea where everything began and where everything will end.